Practical Immortality: If Age is a Disease, Can We Cure It?

“To me, practical immortality seems like a natural progression to evolution.”  – Julian Sarokin

CURING THE DISEASE OF AGE 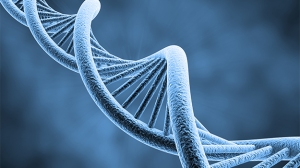 “To re-frame the idea, you can think of practical immortality as curing the disease of age – meaning you can still die, but just not from old age. If you start thinking of age as a disease, it’s actually the #1 killer of humans – 90% of people in developing nations die from an age related disease. Our goal with practical immortality is to find a cure for dying from old age. We are searching not for a cure to death, but a cure to premature death due to system failure.” “Not dying or declining with older age is called negligible senescence and it basically means that there is no measurable reduction to the animals ability to reproduce, or any functional decline as they age. Death rates in negligibly senescent animals don’t increase with age like they do in senescent animals.”

“In analyzing…animals [with negligible senescence], scientists have isolated a ribonucleacprotein called telomerase which we now know is an enzyme that plays a critical role in human aging. Telomerase allows for the replacement of short bits of DNA (telomeres) when cells are dividing. As we age, our cells reach whats called their Hayflick limit – basically the point at which the cell division stops because the telomerase runs out.  As more and more cells reach their Hayflick limit, your cells stop replicating and this eventually leads to a number of age related problems including death.” “A biomedical gerontologist named Aubrey deGrey is doing just that and is working on a framework called Strategies to Engineer Negligable Senscence (SENS).”

THE SEVEN TYPES OF AGING

There are seven main types of aging that damages cells and a reversal in all seven would make humans negligibly senescent (biologically immortal – not affected by age):

HOW TO OVERCOME AGING WITH FUTURE TECHNOLOGIES

“Instead of feeding the [3D] printer ABS plastic, at the nano scale it could be fed a string of molecules and arrange them in a programmed way with atomic precision. Similar to the evolution of the 3d printing technology, first we start with the ability to print with 1 type of molecule, then we invent the ability to print with multiple molecules in a single print. As the technology gets more sophisticated we should be able to print anything we have a program for with molecular level accuracy. For a visual illustration of one possible version of this technology check out this animation.”

Our goal with mechanosynthesis would be to create a system much like the ribosomes in our bodies. The way ribosomes work is they receive instructions from messenger RNA and then assemble specific sequences of amino acids to construct protein molecules. This fits the definition of a molecular assembler, except molecular assemblers refer to human made devices, while ribosomes are part of our evolution. Once we have the technology to recreate the functionality of ribosomes and perform mechanosynthesis, the next step would be to replicate this process thousands and millions of times to create molecular assemblers, and eventually desktop nanofactories.” 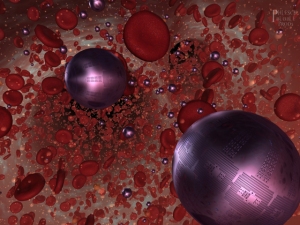 Nanorobots are essentially an adaptive machine version of bacteria. Once we are able to reproduce the functionality that bacteria possess, we will be able to create nanorobots that aid in repairing humans on the cellular level. Nanorobots will likely have the capacity to be 100x – 1,000x more powerful than their biological counterparts (bacteria). Today we already have several interesting types of proposed nanorobots:

With nanorobots entering the human body the ideal process would be to have the nanorobots enter the body, perform their task, and then flush themselves out.  once we integrate nanotechnology with our human bodies, there are two very important functionalities that we must leave out of the nanotech: Self-replication and ability to remotely update software (hackers)

“Nanorobots should be hardcoded and built for a specific purpose in a nanofactory, and not have any software that can be accessed or altered after being created. If the nanobot were able to be programmed remotely there would be a possibility that someone could hack into the system and change their programing. You’re pretty much screwed if you have hacked nanorobots inside of you, so it’s definitely safer to stick to hardcoded nanobots.”

IMMORTALITY IS A BYPRODUCT OF EVOLUTION

“We owe our minds to the deaths and lives of all the creatures that were ever engaged in the struggle called Evolution. Our job is to see that all this work shall not end up in meaningless waste.”

“The problem of practical immortality is one that I believe can be solved with clever engineering and will progress naturally as technology evolves. Since these functions exist already in nature, we know it’s at least possible. It is simply a matter of if humans are smart enough to figure out how to reverse engineer similar systems for ourselves. Nature has given us a beautiful blueprint, and by analyzing how it works we can reverse engineer our way to creating our own version of nature but controlled via human technology.”

“As we shed our mortality, an entire universe of new experiences and questions unfold.”